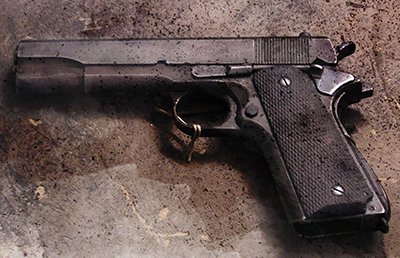 Understanding Organized Crime (with a Little Help from Augustine)

What gangs love.
by Matthew Denney

Responding to some of the world's greatest problems requires knowledge of organized crime. Approximately 33,000 gangs in the United States, with roughly 1.4 million total members, account for an estimated 48 percent of the crime in most locations and up to 90 percent in others. It is speculated that these groups generate around $1 trillion per year—over half the GDP of Canada—in illegal profits.

Many people and organizations try to understand these groups. But their focus on figures, data, and social science misses what perhaps matters most—why organized crime groups act the way they do.

Here's where Augustine can help. Though he ministered as a bishop in fifth-century North Africa, Augustine understood the desires, fears, joys, and sorrows that drive those who participate in organized crime, not because he had personal experience with organized crime, but because he was able to combine his keen insight into the human heart with a systematic analysis of political and social communities.

According to Augustine, these two entities—the heart and the community—do not lie as far apart as we might think: "The happiness of a city and the happiness of a person, after all, do not have different sources, for a city is nothing other than a multitude of persons in concord" (City of God 1.15). As individuals, our actions and decisions follow what we love. Our participation in a group simultaneously amplifies these loves—the deep longings of the human heart—and shapes them according to the dynamics of the group itself.

Not surprisingly, then, for Augustine, if we want to understand a group, "we should take a close look at what it loves" (City of God 19.24). One could tease out an Augustinian analysis of multiple "objects of love" in gangs or the mob: the longing for rest, the need to belong, the self-perception of impunity, the lust for glory. Here I will consider just two—community and glory—as a way to help explain the motivating principle of crime groups around the world and in our neighborhoods.

Community: The Desire to Belong

Augustine and your run-of-the-mill member of the Black Kings, a Chicago street gang, agree on one fundamental idea: friends are important. We are made to share love and relationship with a small group of people.

But Augustine goes a step further. The intimate environment of friendship should then incubate love for generous use outside the confines of friendship. As Gilbert Meilaender notes, for Augustine "particular friendships are to school us in love; they are a sign and a call by which God draws us toward a love more universal in scope." In other words, God uses groups of friends—like, say, twelve gangly men from Judea—to train us in the virtues of life.

It is noteworthy how these groups borrow the deeply Augustinian language of love and loyalty and trust. For generations, the Black Kings have recited the following oath: "Black Kings brothers must join as one to resist the oppression that faces all black youth. With this oath you have found a new family, a brotherhood that will always be with you." They attribute their very existence to their societal status, to their need to have and keep a family that is supportive and constant and reliable.

In one sense, gangs and mafias and the like react rightly to the fallen state of earthly existence. Augustine could sympathize: "What greater consolation do we have in this human society, riddled with errors and anxieties, than the unfeigned faith and mutual love of true and good friends?" (City of God 19.8). People who participate in organized crime are simply looking for friends, for those who offer the faith and love that humans long for.

But the love of the gang is limited by the moral fiber of the group. Greg Boyle, a Jesuit priest who ministers to gang members in Los Angeles, says in his book Tattoos on the Heart (2010), "Gangs are bastions of conditional love—one false move, and you find yourself outside. Slights are remembered, errors in judgment held against you forever." Rather than being the "school of love" that Augustine envisions, these groups hold love hostage. They build up walls against outsiders and constantly watch for internal traitors. Instead of fostering virtue, gangs train in vice: the more involved someone is in a gang, the more crimes they commit and the more violent they become.

The gang comes up short of expectations, and members must eventually turn elsewhere for the community they need. Not only do gangs fail to develop the necessary love and virtue that comes from living in a just community, but they also detract from the possibility of finding love and virtue elsewhere. In fact, they do just the opposite: gang members are one hundred times more likely to be killed in a homicide. Yet, gang members continue to make alternative efforts to fulfill the haunting longings for transcendence that participation in organized crime simply cannot fulfill. Al Capone took his mom to church every Sunday.

Gangs represent a shadow of true life in community. Greater involvement in a group transforms the life of its members and subsumes individual pursuits under the sea of the communal identity.

Glory: The Desire to Matter

With a dangerous zeal, gang leaders want power. They stake their own lives and the lives of their followers on the acquisition of money and prestige and territory and renown. Gang members will kill their opposition for encroaching on their domain. A group of grown men will devote their ultimate allegiance to the stitching on a leather jacket that reads, almost humorously, "Hell's Angel." Here, as in all organized crime, is found what Augustine sees as an object of love common to all communities in the earthly city—glory.

Augustine understood that even wicked cities rely on loyalty and love within their group to achieve greater power and glory. The lust for glory leads to tight-knit camaraderie, courageous last-stands, loyalty at all cost. Gangs cannot exist any other way.

But this desire for glory soon leads to the lust for dominion, as Augustine calls it—something that not only leads perilously to the oppression of other nations or gangs. It also ends up oppressing the one who lusts for dominion in the first place. Any crime group, like the earthly city as a whole, "is itself under the dominion of its very lust for dominion" (City of God 1.pref.). This means that the very domination gangs and mafias and motorcycle gangs seek to exert over their peers itself slowly shackles their own hearts. Soon escape becomes an utter impossibility. In the words of Michael Corleone, "Just when I thought I was out, they pull me back in."

Yet gangs' desire for glory points beyond itself towards the rest human existence longs for. They will literally kill if their names or "colors" are tarnished. Greg Boyle says, "Names are important. After all, the main occupation of most gang members most of the time is the writing of their names on walls." Augustine explains the restless nature at the root of this impulse.

But since these Romans belonged to an earthly city, [and sought] to gain a kingdom not in heaven but on earth, not in eternal life but in a life where the dying pass away and are succeeded by those who are going to die in turn, what else was there for them to love but glory? And what glory but the glory by which they yearned to find a life after death, as it were, on the lips of those who praised them? (City of God 5.14)

Names stain the walls of countless city blocks and make their way onto embroidered patterns on the backs of jackets, because there is a yearning deep within the human heart "to find a life after death" that can be accomplished by participating in a group where both a collective name and an individual nickname will linger on "the lips of those who [praise] them."

From the nameless low-level gang member struggling to survive (average age fifteen), to El Chapo, and everyone in between, all want to be known, to be loved, to be praised. Organized crime, with all its thrills and dangers and luxuries, promises—but fails—to give lasting glory. Even at its grandest moments, it only gestures at a glory that shines far beyond its own.

Adding Love to Our Social Science

In his latest book, To Flourish and Destruct, on the importance of motivation in human behavior, sociologist Christian Smith says that "we are derelict in our scholarly responsibilities if we fail to appreciate and study love in human life." If we are truly going to think about the big picture—if we are truly going to understand the institutions and systems driving the problems of organized crime—we need to consider the role of love in organizations. Augustine was ahead of us in this.

The gospel not only informs the solution; as Augustine illustrates, it shapes the diagnosis of the problem by revealing to us what it means to be humans created to enjoy God and others in God. A secular diagnosis simply will not suffice.

By understanding what groups involved in organized crime desire, community and glory, we can both better understand their motivations and seek to show how the body of Christ provides a richer community and a more glorious mission, centered on the death and resurrection of Jesus Christ—whose "name is above every name"—and the majesty of God. Empowered by this reality, Christians can pursue systems and policies and programs and churches that holistically address the economic, relational, educational, political, and spiritual problems that make participation in organized crime desirable.

And when we look at organized crime with Augustine's eyes, perhaps we will also see semblances of ourselves in what we find—people and groups inclined to seek community and glory in lesser things, rather than looking first to the "Beauty so ancient and new." 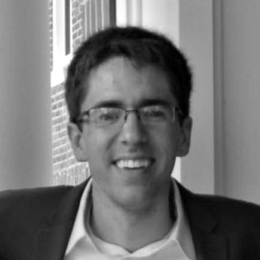 Matthew Denney is a 2015 graduate of Wheaton College, where he studied Political Science and Bible/Theology. His experience includes working for the Lawndale Christian Legal Center and the United States Department of Justice. He also provided assistance to Amy Black in editing the forthcoming book Five Views on the Church and Politics. He is soon to live in Philadelphia, with the purpose of working with college students through Tenth Presbyterian Church. 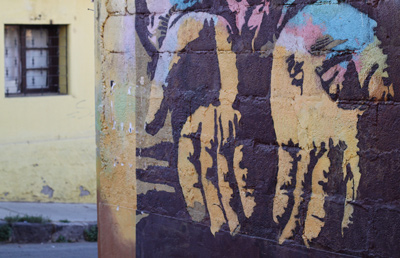 The Context of Love is the World: Liturgies of Incarceration

A professor went to prison to teach; he had a lot to learn. 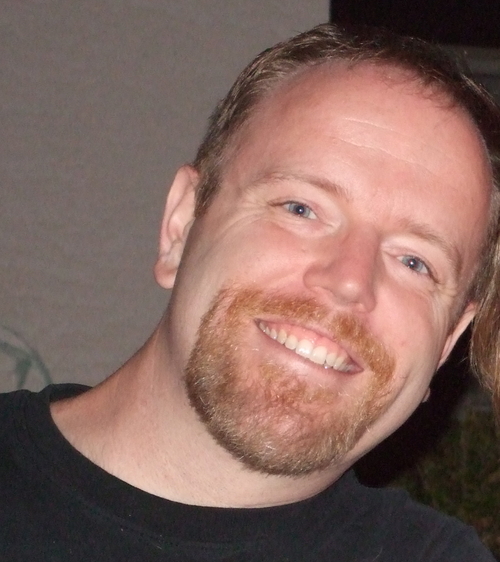 Trash or Treasure? Video Games and the Cultural Mandate