Cardus warmly congratulations Comment editor Dr. Gideon Strauss on his appointment as the next President of the Center for Public Justice in Washington, D.C. Gideon will succeed Dr. Jim Skillen as CPJ president, while remaining editor of Comment and Senior Fellow at Cardus, though now from a distance.

His colleagues at Comment wish him the very best in this transition, and are grateful for the continued opportunity to, with him, "ask big questions, enable whole-hearted work, and advise world-changing organizations".

. . . Comment is on the radio. Readers in the Pittsburgh area can tune in to the John & Kathy show on 101.5 WORD FM at 5:40 pm EST today, to hear Cardus Senior Fellow Dr. John Seel discuss his Comment article from two weeks ago, "Facing up to dumbness." Readers can also listen worldwide on the internet: wordfm.com.

. . . With the slogan "Ideas Worth Sharing," TED is one of the smartest places on the Internet. It's like YouTube, if YouTube were a university library, or if it were an imaginary dinner party where hundreds and hundreds of brilliant people each got to speak for 18 to 20 minutes. TED—Technology, Entertainment, Design—is a collection of videos where world experts talk about their work in public. It's riveting. It's brilliant. It brings intellectuals into the public.

As an introduction to the vast catalog, watch Malcolm Gladwell talk about the end of Platonism in the creation for spaghetti sauce, Mike Rowe of the TV show "Dirty Jobs" talk about the dignity of work, Richard Dawkins lecture about the "queerness" of the universe, and Anna Deavere Smith preform American characters.
—Daniel Silliman 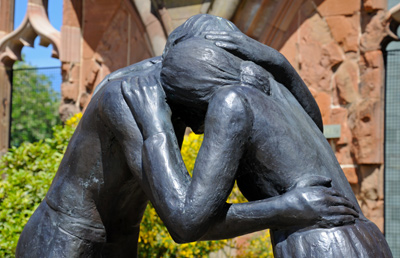