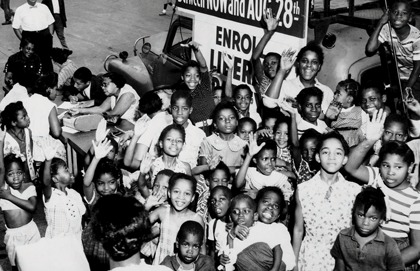 It's less about trusting government and more about governments being trustworthy. 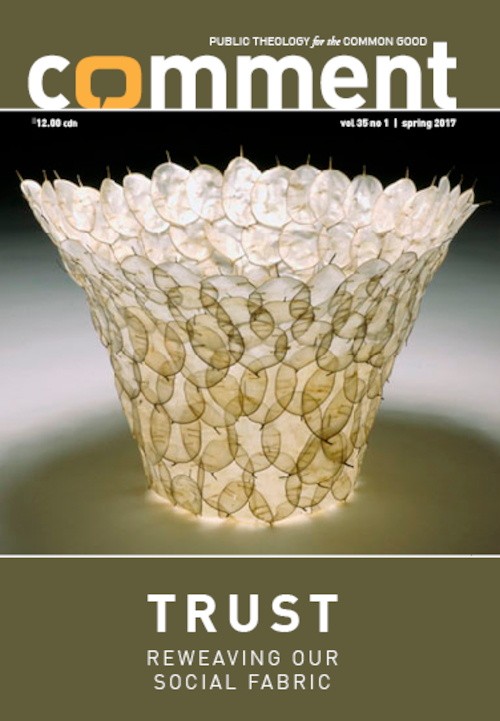 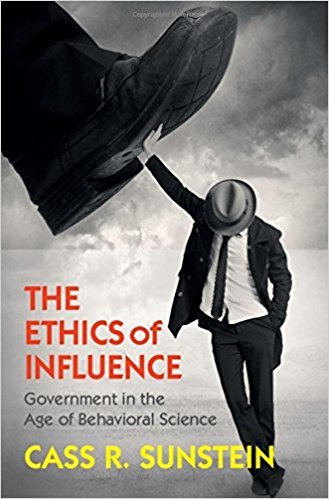 Every day we make approximately two hundred decisions related to food. We react to cues, such as the size of cups at our local coffee shop, the placement of items in a cafeteria, or the aroma of freshly baked bread wafting from the back aisles of our local supermarket. In this world, we are all a little irrational, and despite promising your doctor that you will stick to a healthy diet, you cheat a little (just today, maybe yesterday too) and accept your friend's offer of a second helping of dessert. And all this is only related to eating. We are engaged in making choices all day long, whether we are conscious of them or not, and if choicemaking is a muscle, Cass Sunstein believes it needs a rest. This is where the concepts of "nudge" and "choice architecture" kick into play. They employ the understanding that the public does not always act in its best interest, and that the use of techniques from the behavioural sciences can gently steer people toward certain outcomes—often ones they prefer anyway. In his book The Ethics of Influence: Government in the Age of Behavioral Science, Sunstein defends the nudge, a concept (and aptly titled book) that he and his colleague/behavioural economist Richard Thaler popularized in 2008.

A legal scholar, founder of the Program on Behavioral Economics and Public Policy at Harvard, and former administrator of the White House Office of Information and Regulatory Affairs, Sunstein is well acquainted with the ethical implications of his preferred philosophy of "libertarian paternalism." The idea that institutions can affect behaviour without restricting freedom of choice has come under much scrutiny, especially by those who fear the "nanny state." Yet, despite some vocal backlash, Sunstein stands firm by the concept he helped to proliferate among policymakers and politicians eight years ago.

In this new take on nudges, an instrument now easily spotted in the toolkits of policy- makers around the globe, including North America, Europe, and Australia, Sunstein sets out to show that we live in an "age of behavioural science," and asserts that it is here to stay. This despite the fact that some of the influential figures who publicly introduced the nudge to mainstream policy, namely, former UK Prime Minister David Cameron and President Barack Obama, are now out of power. While Cameron oversaw the creation of the world's first "nudge unit" borne out of 10 Downing Street, Obama signed an executive order directing federal agencies to use behavioural science in the design of their policies and programs.

For newbies to the idea of the nudge, this book leaves no one behind. Sunstein whizzes through all the terms and definitions, weaving in anecdotes and examples throughout. For those who have followed the growth of behavioural sciences from the beginning, the book can feel a bit repetitive at times, emphasizing the same, effective examples that have been explored in the past—automatic enrolments into pensions, defaults to double-sided printing, and increasing organ donations. However, what the book does well is identifying a behavioural objective (such as reduction in paper waste) and examining the full array of the government toolkit to compare how mandates, bans, incentives, and nudges can all achieve a particular outcome while affecting the population in entirely different ways. The book is a firm defence of behavioural science, and sets out to prove that these tools are not fads, but the future of policy- making. And insofar as behavioural science is an attempt to get at the complexities of human life, we should welcome it.

Sunstein begins his argument for liberal paternalism with the bold statement that "choice architecture and nudges are inevitable, and it is therefore pointless to wish them away." Returning to the food example, choice architecture refers to influencing choice by changing the way options are presented, such as putting candy at eye level by the checkout counter. Since the private sector employs choice architecture to encourage us to browse and buy more (just think of the challenge it is to try and escape an IKEA, and then when you think you've nearly made it out you're hit by the scent of fresh cinnamon buns), why shouldn't the government use similar techniques to help us save for retirement, be more physically active, or pay our taxes on time? The question rings true especially if these behaviours are ones we would prefer to engage in had we not impulsively bought that new television, "accidentally" eaten that entire box of cookies (they tasted healthy!), or simply forgotten when taxes were due. In this case, a basic nudge such as an opt-out enrolment into a pension fund, a nutrition panel clearly highlighting the number of calories per cookie, and a text message reminder to file your taxes ahead of a deadline are all examples of nudges that can help you better achieve your intended behaviour. Sunstein also concludes that even nature nudges, citing the example that people tend to purchase more fourwheel- drive cars when it is snowing out, and return these vehicles "unusually quickly" after purchase. So, for good or for bad, we cannot hide from nudges.

Yet, although there is plenty of evidence suggesting the effectiveness of behavioural sciences, trust is fundamental to the function of nudge. Critics of the technique deem it "manipulative" and "deceptive." In general, research suggests that if people do not trust their government, they are unlikely to approve of nudges. This is because nudges could be promoting undesired behaviour, such as being defaulted to donate 30 percent of our monthly income to the prime minister's favoured charity unless otherwise stated. The fear of being steered to a certain outcome is certainly valid, even when the outcome is a preferred one. As many a well-intending parent is aware, sometimes even hinting at preferred options can result in rebellion if a child thinks their set of choices is being limited. To this, Sunstein offers a so-called simple solution for government: "be trustworthy." If the public thinks the government is acting in their best interest, they are more likely to be accepting of nudges. This requires transparency and accountability, and public officials must be able to justify the nudges and choice architecture they choose to implement.

Sunstein defines an ethical state as one that focuses on "four values: welfare, autonomy, dignity, and self-government." He believes that if states "are concerned with human welfare . . . such states will try to increase the likelihood that people will have good lives." Therefore, if we believe this of our governments, we will trust that their nudges will not only respect our personal autonomy but will also align with our overall values and preferences. Therefore, if the government believes that we are all good choosers, it may nudge us to actively make a choice. Or it may believe that we have enough choices to make in a day, and therefore nudge us toward a default that is aligned with both our preferences and the good of society, such as engaging in more physical activity. A "good" nudge might encourage us to vote in the next election by providing a text message reminder with the location of our nearest polling station; however, we are weary of the "bad" nudge that defaults us into selecting the incumbent party.

The rise of the behavioural sciences

Most of Sunstein's defences of nudge and the age of the behavioural sciences are summed up quite simply: many nudges preserve choice, promote people's ability to choose for themselves, and increase autonomy. However, the issue that is more challenging to reconcile is the one of the ethical state. While the book is laden with case studies, academic literature, trials, and evidence demonstrating the effectiveness of nudge and choice architecture, Sunstein cannot do the same to demonstrate the "trustworthiness" of the policy-makers, politicians, and institutions implementing the interventions themselves. The identification of an ethical state can be challenging, and as politics becomes increasingly polarized, we are well aware that divisions among ideologies are leaving fissures in doctrines and institutions that were once fundamentally trusted. A 2015 poll conducted by the Pew Research Center shows that public trust in the federal government is the lowest in history, with a bare 19 percent of Americans saying they can trust the government in Washington to do what is right.

Therefore, although nudges have proved to be effective, the concept sits on a precarious foundation. In the book, Obama is quoted as saying, "I'm trying to pare down decisions. I don't want to make decisions about what I'm eating or wearing. Because I have too many other decisions to make." The former leader of the free world expounds the importance of reserving his choice muscle for (hopefully) more critical decisions, such as trade deals or health-care reforms.

We, on the other hand, may have to reserve our choice-making muscle for deciding whether we trust the governments and leadership that are nudging us. 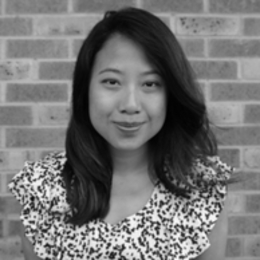 Karen is a behavioural economist and co-founder of Cotinga Development, a social impact consultancy based in London, UK. She has led multiple pieces of primary and secondary research for various UN agencies, International Organisations, NGOs and government departments across four countries. In addition to conducting research, she has provided high impact policy advice to policymakers and ministers to enhance government service delivery, improve public health outcomes, protect vulnerable communities, and promote economic growth. Additionally, Karen is currently on the advisory committee for Cardus’ Banking on the Margins. She holds a Masters of Public Administration from the London School of Economics, and a B.A. Economics from the University of Waterloo. 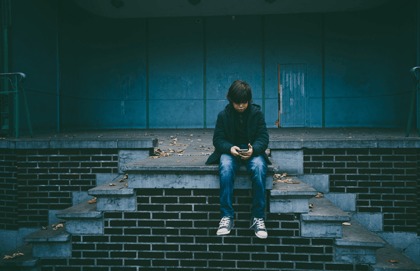 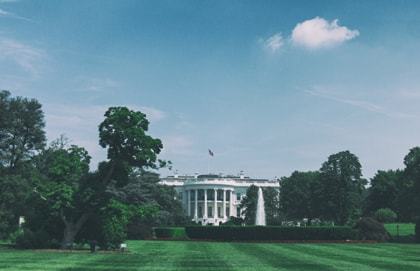 Lost in the Aggregate