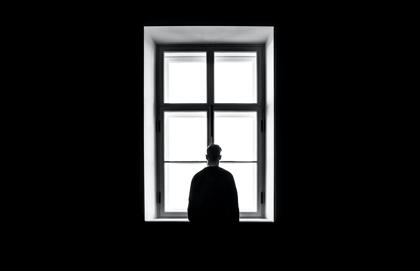 A monastic ethos for a militant age.

In August 1945, just weeks before the official end of World War II, Winston Churchill stood on the floor of Parliament and declared, “The United States stand at this moment at the summit of the world.” In the coming decades, Churchill’s pronouncement proved prescient—a momentous victory on the battlefield was followed by an unparalleled resurgence on the home front, as the golden age of American capitalism ushered in an era of unparalleled economic growth and prosperity.

At the height of these Happy Days, however, a strange trend emerged: Amid rising prosperity and the allure of social mobility, an increasing number of Americans were forsaking ice cream parlors and tail-fin Cadillacs in exchange for a life of poverty, manual labour, and silence in the cloistered walls of Cistercian monastic life.

Thomas Merton was a pioneer of this movement. In 1941, at the age of twenty-six, Merton entered the Abbey of Gethsemani, a monastery just outside Louisville, Kentucky, and left the world behind. Reflecting on his decision, Merton wrote,

What I needed was the solitude to expand in breadth and depth and to be simplified out under the gaze of God more or less the way a plant spreads out its leaves in the sun. That meant that I needed a Rule that was almost entirely aimed at detaching me from the world and uniting me with God, not a Rule made to fit me to fight for God in the world.

Merton was not alone. Though the postwar decades witnessed a burgeoning middle class and world-changing technological advancements, they were also beset by anxiety and unrest. The postwar peace proved short-lived, as the United States stepped into a decades-long Cold War and a geopolitical quagmire in Vietnam. Domestically, the nation was gripped with anti-war protests, a tumultuous struggle for racial equality, and the assassination of a sitting president. It was a turbulent time.

Plagued by a nagging sense of disillusionment, many Americans found themselves searching for answers, and the 1960s witnessed a new wave of mystics and spiritual seekers. In the midst of this milieu, thousands of young people turned to the ideals of the monastic life as a means of transcending the mess and the muck, leaving the world behind in search of something better, purer, more divine. A caveat: The wide-ranging success of Merton’s 1948 autobiography, The Seven Storey Mountain, most certainly boosted the appeal of the Benedictines during these years.

Merton recounts his own pilgrimage “out of the world” in an amusing recollection from his autobiography. In December 1941, Merton arrived at the Abbey of Gethsemani with hopes of gaining acceptance to the Trappist order. After spending a few days in the guest house, he was escorted to the office of Father Abbot to receive admittance to the cloister. On the way, Merton passed a number of local farmers, hats in hand, waiting to go to confession—“a kind of an anonymous, abstract delegation bidding us farewell in the name of civil society.” Thomas Merton was out of the world.

In the end, however, escape proved elusive—from the recesses of the monastery, Merton began to write. And, in many ways, the writing never stopped. Merton became a New York Times best seller with the publication of his autobiography in 1948, and spent the next twenty years as a writer and social activist, speaking to issues of nuclear war, race relations, and the power of nonviolence in his poems and essays.

Reading his works, one senses that Merton never fully harmonized this tension between withdrawal and presence, the contemplative hermit perpetually beset by a rogue social sensibility. His years at Gethsemani were marked by an uneasy balance between encounter and estrangement.

Withdrawal is not an end in itself, but rather an indispensable means for more truly loving our neighbour as ourself.

After years of petition, Merton was finally granted a hermitage in 1965, set free to hide away on the margins of Gethsemani’s grounds and fully embrace the eremitic life he longed for. As Merton reflected in his journals, “I belong in these woods.”

And yet, even as an anchorite, Merton could never quite shake his deep sense of connection with the world outside the abbey’s walls. In one passage, published in 1965, Merton exclaims, “My vocation does not really make me different from the rest of men or put me in a special category except artificially, juridically. . . . Thank God! Thank God! I am only another member of the human race, like all the rest of them.”

Merton’s later writings imagine the life of a sort of engaged monastic, a corporeal contemplative caught between two worlds. When, in 1966, Merton published a series of notes and reflections on politics and public life from his personal journals, he opted for the title Conjectures of a Guilty Bystander.

The title is telling. Merton’s life was, in many ways, one at the margins—a curious bystander, eyes alert, watching the sociocultural circus play on. At the same time, however, the monk’s exodus was never quite complete. In writings from his latter years, one senses a kind of evolution in Merton, an awareness that leaving the world was never a real possibility.

One sees this thinking reflected in the 1966 book Contemplation in an Age of Action, in which Merton takes up the pen to draft a number of essays in response to the Second Vatican Council and the Catholic Church’s efforts to make sense of the modern world. Reflecting on the life of the monastic, Merton declared, “Our first task is to be fully human.” For Merton, this meant an honest acknowledgement of our common life together, the artificiality of our self-imposed cloisters—“My solitude, however, is not my own, for I see now how much it belongs to them—and that I have a responsibility for it in their regard, not just in my own. It is because I am one with them that I owe it to them to be alone.”

While Merton may have arrived at Gethsemani looking to escape the world, he eventually came to sense that the entire edifice of the monastic life rested on a sort of unforeseen antinomy—the distance from the world provided the sort of space needed to engage it well.

It would perhaps be more truly monastic to say that the monk who is effectively liberated from the servitudes and confusions of “the world” in its negative and sterile sense ought to be enabled by that very fact to be more truly present to his world and to his time by love, by compassion, by understanding, by tolerance, by a deep and Christlike hope.

In time, Merton realized the value of the monastic life was found not in its separation from the modern world per se. Rather, its power was rooted in the “wilderness perspective” it afforded, allowing one to engage the world with a level of clarity, perspective, and purpose difficult to achieve in an age that Merton described, borrowing from Faulkner, as “a frantic steeplechase toward nothing.”

The monastic life, by contrast, afforded space for silence, contemplation, and simply being, liberated from pragmatism’s relentless pull on humanity’s time and affections. For Merton, this “distance from the world” proved formative, but its consequence quite curious—the quietly detached, contemplative monk suddenly found himself imbued with a profound capacity for cultural engagement. In the end, Merton intimates that this tension was to be celebrated, not scorned.

To treat the world merely as an agglomeration of material goods and objects outside ourselves, and to reject these goods and objects in order to seek others which are “interior” and “spiritual,” is in fact to miss the whole point of the challenging confrontation of the world and Christ. Do we really choose between the world and Christ as between two conflicting realities absolutely opposed? Or do we choose Christ by choosing the world as it really is in him, that is to say, created and redeemed by him, and encountered in the ground of our own personal freedom and of our love?

In a frenetic society marked by political polarization, social unrest, and chronic culture wars, we are not lacking for things to keep us up at night. Amid all the unrest and anxiety, the allure of retreat is understandable. As in the days of Merton, our own times are marked by a renewed interest in spirituality and contemplation (even if the outward trappings have taken on new forms). We search for an oasis of decency in a desert of decadence.

The message of Merton, however, is that withdrawal is not an end in itself, but rather an indispensable means for more truly loving our neighbour as ourself. Solitude, silence, and contemplation induce a sort of boomerang effect, drawing us out of ourselves and the daily distractions that so easily unhinge us, only to then launch us back into the world with the kind of wilderness perspective that a healthy community this side of heaven requires.

The world needs a monastic ethos, a people whose distance from the world provides the perspective needed to prophetically engage our unsettled times.

The coming of the kingdom of God is gradual, and the present moment is situated squarely in the in-between, faint rays of sun sneaking through the clouds while thunderclaps rumble overhead. And yet, there is assurance amid the uncertainty—as Jesus himself prayed in John 17, “I do not ask that you take them out of the world, but that you keep them from the evil one. They are not of the world, just as I am not of the world. . . . As you sent me into the world, so I have sent them into the world.” For herein our hope lies—in the wilderness and the world, Emmanuel, God with us.

In our present moment, we might learn from Merton that the impulse to distance ourselves from the world amid the decadence and seeming decay isn’t quite what it seems. It is a necessary means—a spiritual discipline—but a delusory end in itself. The wilderness perspective is meant to recalibrate. It centres us on knowing—and remembering that we are known by—God. Now, as much as ever, the world needs a monastic ethos, a people whose distance from the world provides the perspective needed to prophetically engage our unsettled times. 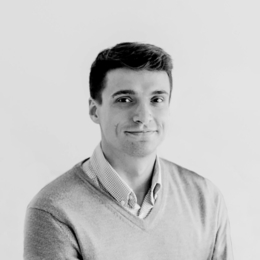 Patrick Pierson is a writer and speaker based in Atlanta, GA. You can follow him on Twitter at @plpierson and find his latest work at patrickpierson.co.