Christian Horizons: Serving in Ontario, Saskatchewan, and Around the World 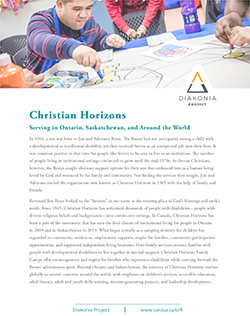 In 1963, a son was born to Jim and Adrienne Reese. The Reeses had not anticipated raising a child with a developmental or intellectual disability, yet they received Steven as an unexpected gift into their lives. It was common practice at that time for people like Steven to be sent to live in an institution. The number of people living in institutional settings continued to grow until the mid-1970s. As devout Christians, however, the Reeses sought alternate support options for their son that embraced him as a human being loved by God and treasured by his family and community. Not finding the services they sought, Jim and Adrienne started the organization now known as Christian Horizons in 1965 with the help of family and friends. 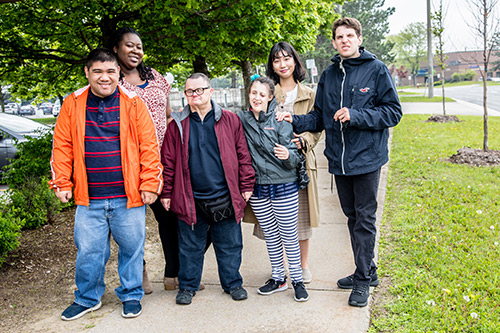 Reverend Jim Reese looked to the “horizon” in our name as the meeting place of God’s blessings and earth’s needs. Since 1965, Christian Horizons has welcomed thousands of people with disabilities—people with diverse religious beliefs and backgrounds—into community settings. In Canada, Christian Horizons has been a part of the movement that has seen the final closure of institutional living for people in Ontario in 2009 and in Saskatchewan in 2019. What began initially as a camping ministry for children has expanded to community residences, employment supports, respite for families, community-participation opportunities, and supported independent-living locations. Host-family services connect families with people with developmental disabilities to live together in mutual support. Christian Horizons Family Camps offer encouragement and respite for families who experience disabilities while carrying forward the Reeses’ adventurous spirit. Beyond Ontario and Saskatchewan, the ministry of Christian Horizons reaches globally to several countries around the world, with emphases on children’s services, accessible education, adult literacy, adult and youth skills training, income-generating projects, and leadership development.

The Reeses did not set out to start an international agency or an established service organization. Their vision for what was possible was rooted in their faith. If every human being—regardless of ability or any other aspect of their identity—is created in God’s image, then everybody is worthy of being treated with dignity. Each person brings a unique gift into the world of which they are a part. This was the example that Jim and Adrienne witnessed in the ministry and service of Jesus Christ. As Jesus ministered to those whom he encountered, he embodied the core values that shape Christian Horizons’ ministry to this day: valuing people, fostering belonging, serving others, and respecting gifts. These behaviours are embraced by Christian Horizons employees from a diverse range of spiritual perspectives and personal identities, yet they are uniquely born out of the faithful vision of the Reese family. Today, Christian Horizons plays an integral role in the rich diversity of shared efforts toward the common good—not only of Canadian citizens and society but also for the flourishing and contribution of people who experience marginalization around the world. 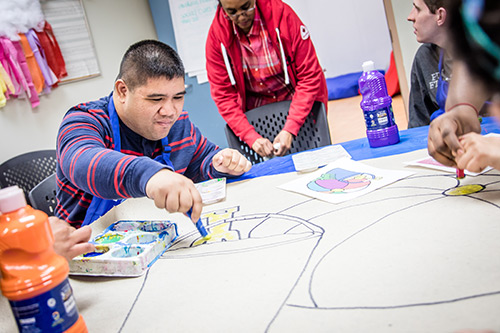 Christian Horizons’ vision is that “people who experience disabilities belong to communities in which their God-given gifts are valued and respected.” We imagine, and see signs of, a world where people with developmental disabilities are not only welcomed but also relied on as citizens, employees, and friends. This is a world where people who have previously been marginalized are brought into the centre of community life as teachers and contributors. As such, it is a world where every one of us—no matter our abilities or vulnerabilities—can know that we are needed and welcomed in our communities with open arms.

The apostle Paul challenged the dawning church to a revolutionary perspective on the world they were living in: “The old is gone, the new is here!” (2 Corinthians 5:17 NIV). Central to the Christian faith is the belief that God has welcomed the world to himself, to a ministry (diakonia) of reconciliation. As early as AD 125, Christians were described as communicating this holy hospitality to others, even to strangers. In his Apology, Aristides said, “They walk in all humility and kindness, and falsehood is not found among them, and they love one another. . . . If they see a stranger they bring him under their roof, and rejoice over him, as it were their own brother.” 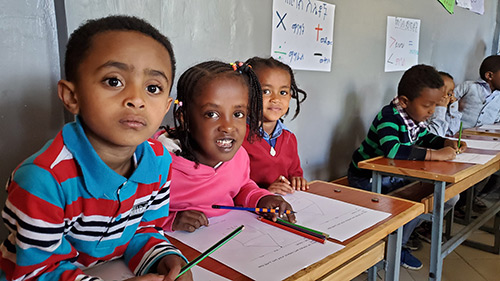 The early Christians welcomed strangers into their homes as if they were family. Despite the unknowns of raising a child with a disability, Jim and Adrienne welcomed Steven into their family with open arms. Out of this ministry of reconciliation—both a new way of looking at the world and an ancient creed—Christian Horizons envisions a horizon of unique contribution and potential with people with disabilities. We promote living spaces, employment, faith communities, neighbourhoods, and friendships for the flourishing of all people. Each of us is invited to be a part of diverse communities that receive one another with gratitude: where we receive each person as a gift and as contributing good gifts. We welcome anyone to join us in this work of living into a vision of humanity that values every member.

[This article has been written by a member of the faith community that supports this initiative. All views, opinions, and theological viewpoints are those of the author.]