The Diakonia Project: Religious Faith in Action (Past Event)

The Cardus Religious Freedom Institute's Diakonia Project presents 8 faith-based initiatives from across the country. Join Fr. Dcn. Andrew Bennett as he engages three leaders of prominent initiatives to discuss the foundational and crucial role that faith-based action plays in our communities. Join us online for this conversation about our common life. 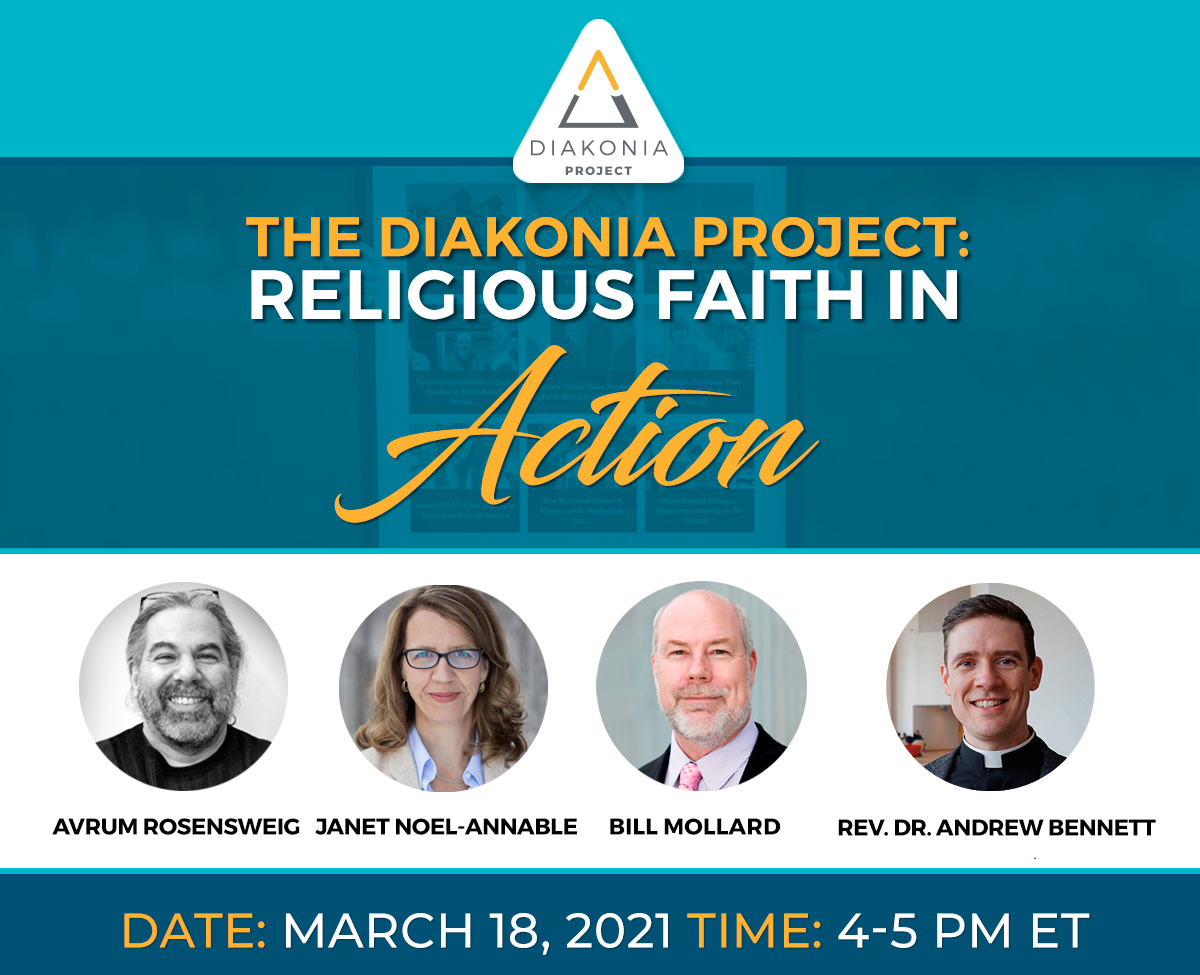 Avrum Rosensweig is the founder of Veahavta. He of was born in Kitchener, Ontario in 1960 into a rabbinical family. In his early years he attended rabbinical college in Toronto and Jerusalem.  Avrum’s heart lay in community work so in 1990 he began working as an fundraiser for the United Jewish Appeal (UJA). In 1996, Avrum left the UJA to launch Canada’s first Jewish humanitarian organization called Veahavta.  It’s mission statement was to encourage all peoples to play a role in Tikun olam - repairing the world.  Avrum worked successfully for over two decades building Veahavta into a $3 million organization.  Veahavta programs included a school for the homeless, a nightly van to assist those living on the street and for over a decade, medical missions to Guyana, Zimbabwe, Haiti and other impoverished destinations.  Today, Avrum is a major Gifts associate with the Jewish National Fund.

Janet builds partnerships with faith-based agencies and churches, government and other organizations, believing that together we have the strength to promote communities where everybody belongs; communities that recognize the importance of all contributors participating including those with disabilities.

Bill Mollard brings more than 25 years of experience in the non-profit social services landscape to UGM, where he has served as President since 2008 working to overcome poverty, homelessness, and addiction in Metro Vancouver. During his time as President, he has overseen an era of significant growth and organizational development.

Backed by a Masters in Health Administration, Bill previously served as the Chief Operating Officer for the Salvation Army BC Division, held several executive healthcare positions across the country, pastored two churches in BC, and is decorated with the Canadian Medal of Bravery (1987).