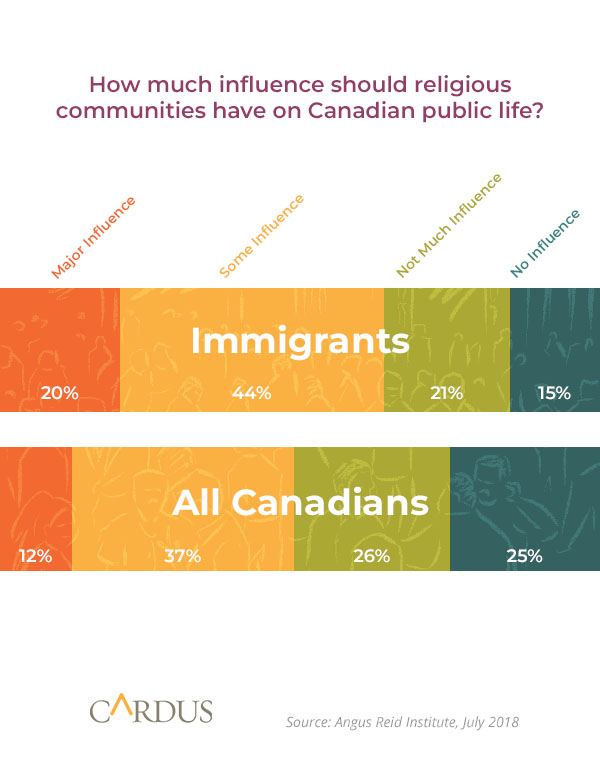 OTTAWA – A new poll suggests newcomers to Canada are more open than Canadians generally are to seeing religious and faith community participation and influence in the country’s social and political debates. An Angus Reid Institute poll done in partnership with Cardus found that almost two-thirds of immigrants (64%) say religious voices should have some or a major influence in Canadian public life. That compares with 49% of Canadians generally who take the same view.

“We’ve seen courts begin to close the public square to the public expression of faith and even provincial and federal governments try to keep religion in its own private corner,” says Ray Pennings, Cardus Executive Vice President. “But as immigrants tell us – many from Asia, the Middle East, and Africa – the enforced secularism we increasingly see in Canada is at odds with their expectations and values. If Canada is to keep welcoming newcomers, it will need to accommodate voices of faith.”

“Religious communities are leaders in supporting and setting up immigrants for success in Canada,” says Pennings. To see full poll results and methodology, please, click here.