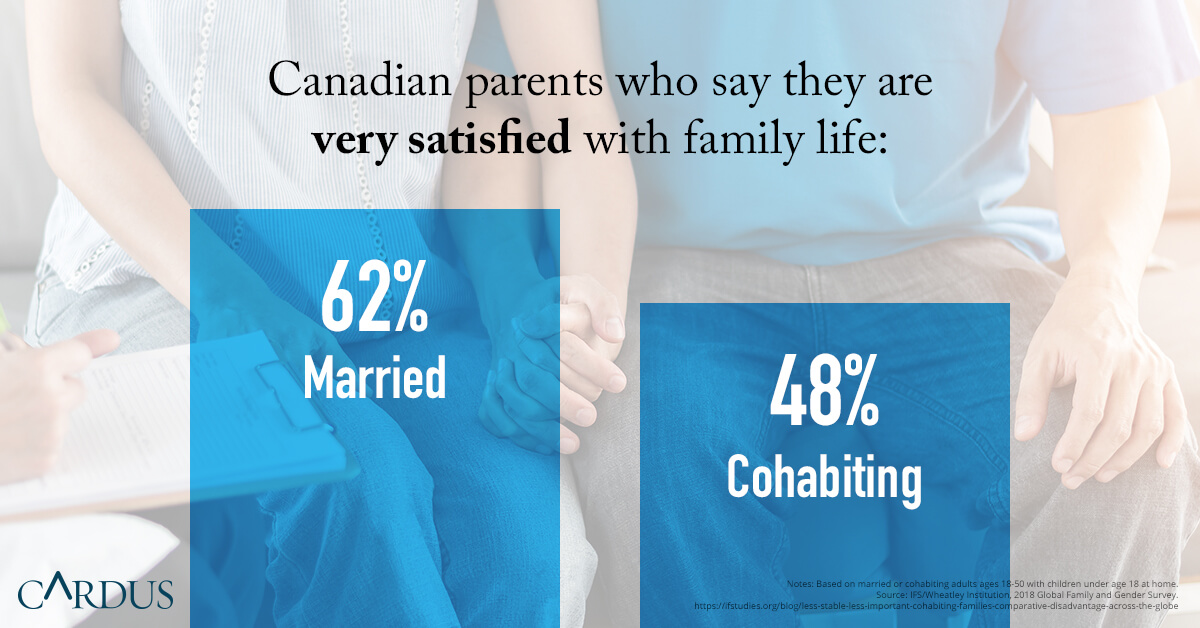 The GFGS also found that more than one-third of Canadian cohabiting parents admit they’ve had serious doubts in the last 12 months that their relationship with their partner will last. Those doubts drop to just 22 percent among married parents. The study places Canadians in the middle of the pack in terms of relationship doubts. British, Mexican, American, and Australian cohabiting parents all had more doubts about the future, while counterparts in France, Peru, Colombia, Chile, and Argentina had fewer doubts.

“I’m glad the scholars at the Institute for Family Studies did this important research,” says Peter Jon Mitchell from think tank Cardus.  “Stability has a lot do with family life satisfaction. Marriage requires a declaration of commitment, and despite what we hear about divorce, common-law relationships are more prone to break up than marriages are.”

Meanwhile, according to newly released Statistics Canada data, of couples in a relationship lasting 30 years or more, almost eight in 10 are married. Just 22 percent are living common-law. While this points to the predominance of married partnerships, it also speaks to the stability of marriage.

“Great kids grow up in many types of families and family structure is not destiny,” says Mitchell. “However, there have been decades of research that indicate adults’ romantic partnership decisions affect the lives of their kids. There’s a well-established correlation between stable, married parent families and their kids doing better in school, as well as less likelihood of getting in trouble with the law or being involved in a teen pregnancy.”

The Institute for Family Studies produced the GFGS for its new report, Less Stable, Less Important.