OTTAWA, ON – The findings of a new Angus Reid Institute (ARI) survey, produced in partnership with Cardus, are raising questions about the future of tolerance and virtue in Canada. The 2019 Public Faith Index has found that the more religious Canadians are, the more likely they are to take a positive view of faiths different from their own. By contrast, when non-religious Canadians were asked whether various faiths were “benefitting or damaging Canada and Canadian society,” they took a dim view of every community but their own: 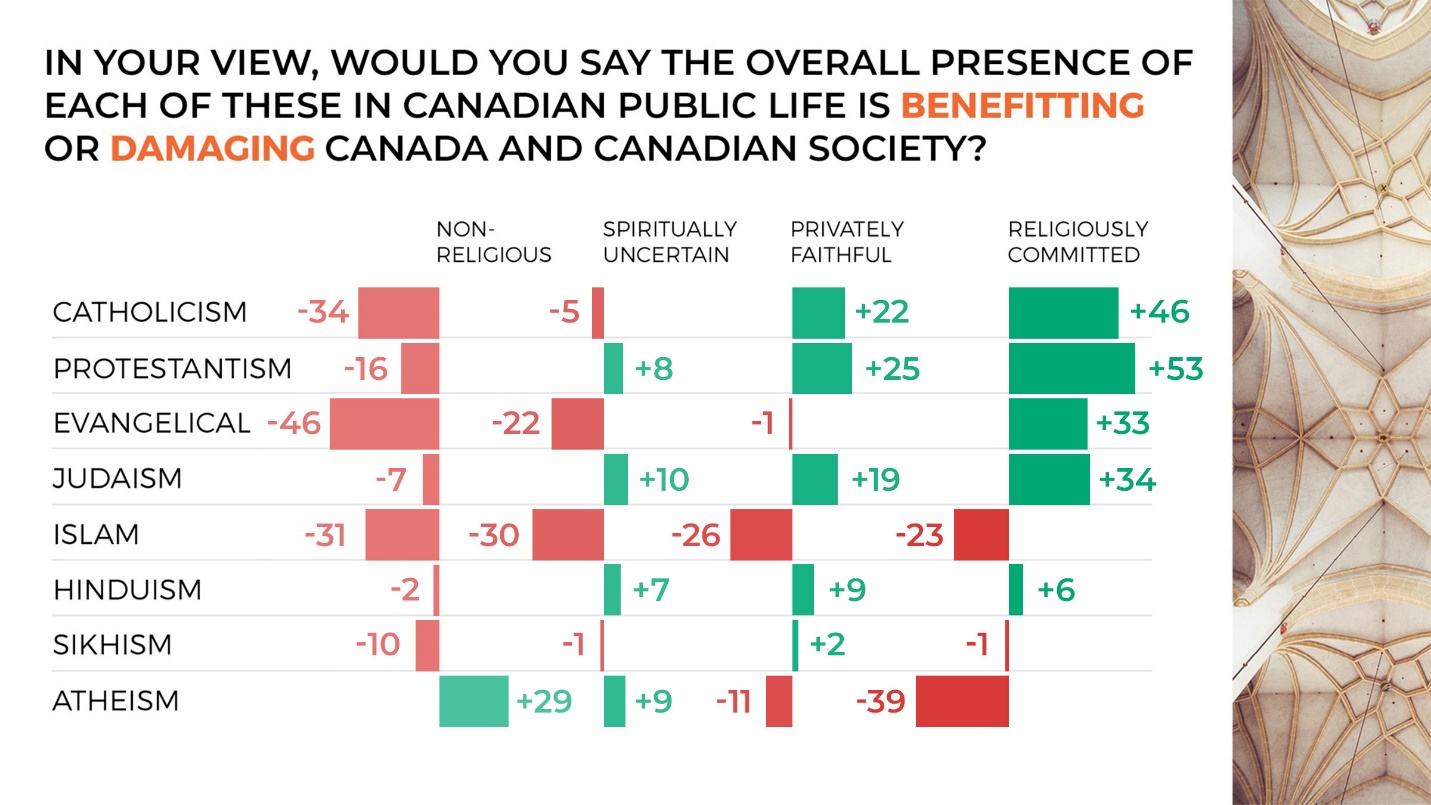 “When it comes to faith, religion in Canada encourages tolerance of others,” said Ray Pennings, Executive Vice President of Cardus. “Non-believers were generally unwelcoming of all religions, though they seem especially hostile to Islam, Catholicism, and Evangelical Christianity.”

The findings come as part of the annual Public Faith Index, developed by Cardus and ARI to measure Canadian mindsets regarding religious faith in public life. The latest index confirms Canadians are almost equally divided among three groups: Public Faith Proponents, who recognize the importance of faith and religion to society, Public Faith Opponents, who are the most enthusiastic about secularism and want to reduce the role and presence of faith and religion, and the Uncertain, who take a middle position.

The data also uncovered a marked contrast in attitudes regarding public virtue. Almost two-thirds of Public Faith Opponents prioritized “achieving one’s own dreams and happiness” over “being concerned about helping others” as the best way to live life. For Public Faith Proponents, however, 54 percent prioritized helping others.

So, what does faith-motivated help for others look practically and what could be lost by privatizing faith?

“Hard secularism carries a social cost by undermining religious freedom and silencing faith – one of the prime motivators for tolerance of others, public virtue, and generosity in Canada,” said Pennings. “All religious communities have their warts, but that doesn’t change the fact that synagogues, mosques, temples, and churches are like special machines that convert Canadians’ compassion into billions of dollars of goodwill.”