OTTAWA, ON – Canadians’ enthusiasm for freedom of conscience and religion is increasing, according to a new survey by the Angus Reid Institute in partnership with think-tank Cardus. Almost 7 in 10 Canadians now agree that this constitutionally protected fundamental freedom makes Canada a better country. That’s up from 2018 when just 59% agreed that “freedom of religion” improved Canada. 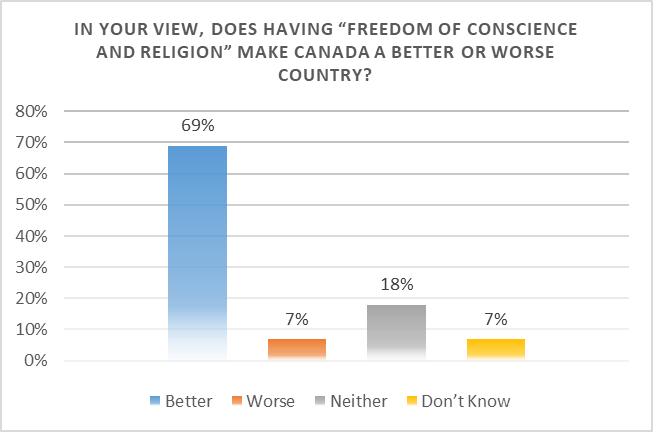 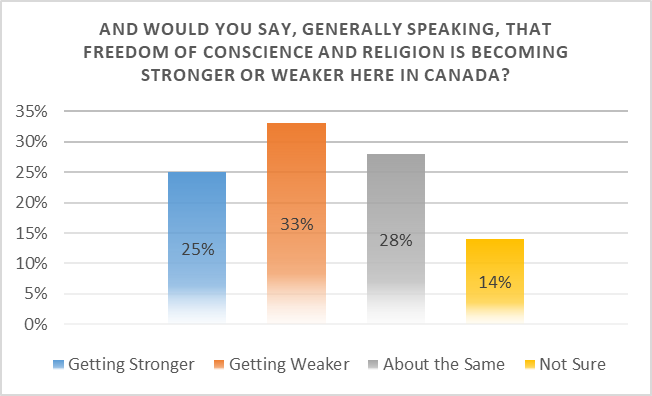 Worryingly, Canadians are more likely to say freedom of conscience and religion is getting weaker rather than stronger.

“The fact that houses of worship often faced stricter pandemic restrictions than liquor or hardware stores probably comes through in these findings,” says Pennings. “Let’s also not forget Quebec’s secularism law, which marginalizes religious Canadians regardless of constitutional guarantees or human rights.”

Cardus has done extensive work on understanding the depth, extent, and history of religious freedom in Canada, including through reports on:

About Cardus
Cardus is a non-partisan think tank dedicated to clarifying and strengthening, through research and dialogue, the ways in which society’s institutions can work together for the common good.